Sapper PE said:
Sent a note to the lady at the licensing board who deals with surveying licenses and asked if she would be mailing or emailing.  She responded that she will email them early tomorrow morning.  So, there's my answer.  I'll know tomorrow morning.
Click to expand...

right after the pcs validates the scores

Well, I tried.  Being a PE is good enough for me.

Sapper PE said:
Well, I tried.  Being a PE is good enough for me.
Click to expand...

Sapper PE said:
Well, I tried.  Being a PE is good enough for me.

So, I contacted the board representative last week and asked if there was any way I could get feedback about what I did right / wrong on the exam so that I could better prepare for the next attempt.  I explained I have never failed a test 4 times in a row and I really don't know what I'm doing wrong.  The two surveying members of the board agreed to sit down with me to go over my exam.  Unfortunately, since I am currently on military duty, I couldn't meet in person, but they said they were willing to talk by phone, so we had that conversation yesterday and I must say it was extremely refreshing.  So, first of all, the two board members were very pleasant and very willing to discuss with me what I had done wrong and try to offer help.  They told me how many of each category type of question I had gotten right and how many I had gotten wrong.  I ended up missing 15 / 40, and you can only miss 12 and still pass.  So then, they offered to go through a few of the questions that I got wrong, and we actually discussed 4 of them.  One of the ones we discussed though they discovered I actually had not gotten it wrong, so they gave me credit for that.  Two of the remaining three, I told them my thought process for why I selected the answer that I did and they acknowledged that I had approached it in the right manner.  In fact they even conceded that perhaps the questions were not very well worded and they would look into that before future exam cycles.  So we concluded the conversation by me asking them to go back through and review all of my incorrect answers to make sure there weren't any others that were marked wrong but were actually correct like the one we had found and they agreed to do that.  I'm not holding my breath thinking they will find any other items, but it was a very encouraging conversation and they seemed to genuinely want to work with me and seemed to genuinely understand that I felt there was too much ambiguity in some of the questions, and even acknowledged they should look into them.  So, I'm glad that I contacted the board.  It probably won't result in a change to my outcome, and that's fine, I'm prepared to take the exam again, but at least I feel like some progress may have been made.

One converted only two more and you make the cut.  I hope it falls in your favor.  Sounds like a positive step and hopefully you'll be in a better position if you decide to sit for it again.  Good luck Sap!

A refreshing conference indeed! Though having learned what you did, my confidence would have been shaken a bit in the process/exam design overall.  And once you have this exam out the way, perhaps they will even ask to consult with you for feedback on future exam administrations.  Good luck on getting 'er done! :thumbs:

Well, it certainly does call into question my scores from the past three administrations, and I asked if they had those, but they said no.  Unfortunately, I have to just move forward from here.  Though, when I took the exam in April 2015, I actually wrote to the board representative at that time and said I really couldn't believe my scores.  I had actually requested a regrade, and they were going to do it, but I backed down and said forget it, I would just try again.  Now, I wish I had gone through the regrade a year ago, because I bet it would have uncovered these problems earlier and by now, I would have passed the exam I think. 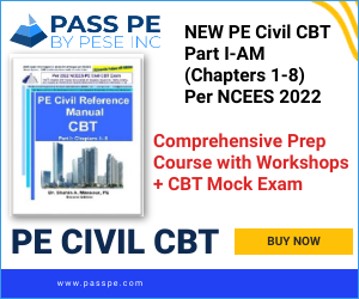 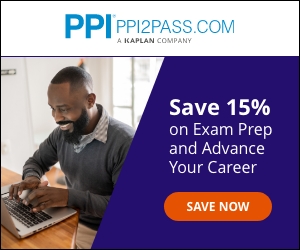