Tracking all your training (PDH) for your Engineering Licenses

Nearly all the states now require continuing education training to be completed to maintain your license. To those who don't have their license yet it is referred to as professional development hours or PDH for short. Of course there is not a standard agreed to by each state so many states have their own unique rules. There are a bunch of training sites on the internet and they generate lots of spam into your email advertising the training on their site. Some of them even track your training data, but only when you get the training from them. I was looking for a site that would track all training in one easy to enter the data location.

I currently hold an engineering license in 9 states. It was becoming a huge effort to track the required PDH training that each state required so that I could do the license renewals in a minimal amount of time. I finally became bothered enough by it to create a website to do the tracking and printing of this training to save time with the submissions. It is totally free and does not sell any services. I am still working to improve it with users feedback but it is completely functional and I did successfully use it to file for professional engineering license renewals last December. It will get better over time but since I put the time in to make it work I thought it might be useful to others who need to record their training hours, or just want an easy place to store their license information. I enter my training data mostly using a smart phone or iPad but it works great from a PC too. You can record any type of training on it so it is not limited to just saving professional engineering training but the printouts and formats are tailored to be specific to the requirements for engineering license renewal submissions.

It would be great if some of you could check out the site and let me know what you think. Also I would like to hear any suggestions you have to make tracking these items easier. It has been a good benefit to me so far and I think it can be a good time saver for others.

The site link is: http://www.engineer-cloud.com

Looks like a great site but how do I know it's legit?

I have to say that I did not think of it from this angle very much. Good question though. My initial thoughts on this are:


As far as verifying I developed the site and not some other entity masking its identity through me, or verifying that I indeed operate the website, perhaps the following can help to verify this is the case:


Please share ideas with me on how I can address this concern. Thanks for the question. Glad you liked the site.

What motivated you to be so complete with the graphical design? It seems too well done and professional. What do you gain from doing such a good job? (I'm sorry to be skeptical but It's too nice to be free) how much time did it take to develop? Is web design a hobby that you enjoy? Will I be bombarded by advertising as soon as I create a login?

I know many reputable companies that don't have as nice of a web page as the one that you created. What's it cost you to maintain the site?

Thanks for the compliment on the look of the site.

The short answer is yes, it took a lot of hours and a long time to create the site because I could only do this in my spare time (mostly in the evenings off and on when I had time). There will not be any forced advertising on you if you log into the site or use the site, and your email address will not be sold or given to anyone, ever, as a result of using this site. You don’t even have to give a real email address when you create a login because I setup the system so that it does not validate the email you enter. You can use a fake email address if you want to. I suppose if you use a forum on the site and type your email address in a forum comment then some web programmer or spammer could take it from there just like any forum post. As far as the site goes, I use it and treat all users the same as me. There is no spam sent to member, no email selling, no blasts of advertising. I do plan on putting an advertising banner at the very top of the screen in the space above the "home page" link. It will be a passive banner that will not follow your mouse around the screen (I despise those) and will only take you to the advertisers site if you click on it. If you do click on it, none of your personal information or email will be provided to that advertiser. It is just a link, like a link to any other web page. The site only cost me $48/yr to run and I have unlimited bandwidth and unlimited storage from a web service provider. When I set it up initially I pre-purchased three years so I don’t even have another payment on it for two more years. If the advertising banner described above does not generate enough clicks to pay for the renewal when it becomes due I will just pay to renew it myself because saving all my data on the site and having it organized is worth it for me (plus I enjoy updating and programming the site). If you create a login, your screens will be free and clear of adds, and you will not be spammed by the site, or because you used the site. In fact you have to check the box under "my default settings page" if you want to have the site email you warnings and reminders when your licenses are about to expire. I use the site and will continue using it so I will not allow it to become annoying to use, to become a spam site, or to have anything more than the small banner I described at the top of the screen. Any banner I put will be a professional organization related to the engineering industry. No banners will have questionable or off topic graphics. Of course this assumes some professional organization will want their banner on the website page.

Ok, I suppose that was not a short answer. To answer your second question: Yes, programming is a hobby of mine and I like to do it. Strangely it provides some relaxation (typically engineer entertainment - something your average person says how can that be fun). I started programming the site in March of 2012, mostly in the evenings after putting my children to bed. I had to learn PHP and the use of CSS styles as the site was being developed because I had not programmed them before but all the training I needed was on the internet. I had the site working by August 2012 and had most of the bugs out by mid-September. Most of my serious programming occurred between July and September 2012. Since them I have been using it and testing it, adding features as I go. I am still adding features but it got to the point that it was functional for most of the items that would be needed. The graphic screens just evolved by my using the site on a desktop computer, and an iPAD, and a smartphone turned sideways. I wanted to make each work when entering the data. Making the screen clips you see on the main site when you don’t log in were easy to make. In fact, I made them all in about 4 hours by just doing screen prints and cropping the .png file. I have to admit I don’t have a good graphics program so the embarrassingly enough the text on the graphic bars on the bar graph on the main screen is a print screen which I used the free "paint' program you get with windows to add the text. Since then I downloaded a couple free paint programs but the process is still the same. I just did a print screen when a page is opened and saved the graphic. It was one of the quicker parts of putting the site together. I just made all these screen prints within the last two weeks when I decided to post the site for general use.

Hopefully this helps answer your questions. Please let me know if you have any more, or create a login and let me know what you would like me to add to the site and I will put it on the list. Since programming is in my spare time it may take a while to incorporate ideas. Thank you.

pgm44 said:
typical engineer entertainment - something your average person says how can that be fun...
Click to expand...


I get where you are coming from here. This is good enough for me.

Sounds good. Let me know if you have any problems using the site.

For those of you just starting out as a PE or new to the process of obtaining required PDH credits, I will add the following:

If you make the time to take your PDH training throughout the year you can often get all the credits needed to renew for free from webinars, vendors, or seminars, or almost all of them for free that don't need a state licensed training firm. If you wait until your license renewal is close to being due then you will most likely have to pay for the PDH training. Know how many PDH units you need and take them throughout the year and the process is pretty painless and can save you $$dollars.

I should probably qualify is by saying that this has been the case for the mechanical, electrical, civil, and structural engineers I know who are mostly in the consulting industry. Engineers in other disciplines or fields, or in these disciplines, should probably weigh into the discussion to confirm if this has been their experience too. It could be that this is a regional benefit or something specific to the consulting industry.

Either way, if you take your PDH on a regular schedule you will be better off vs cramming it into a short period of time at renewal.

I assume you are Mike Holt?

No, but he does have quite the marketing machine going. I just dropped his banner at the top of the screen. I figured I would add some links to the sites that provide training up there at the top of the page and his site was the first one who said yes. If I decide they are too distracting I may pull them off. I did sit in on one of his webinars last year on grounding though (if you guessed for free you would be right). It was worth the lunch hour login as a good refresher. I am really just an engineer who decided to make the engineer-cloud.com website for fun and so that it would help make the license renewal process easier.

S
School of PE PDH Sale Up to 30% Off PDH Courses! 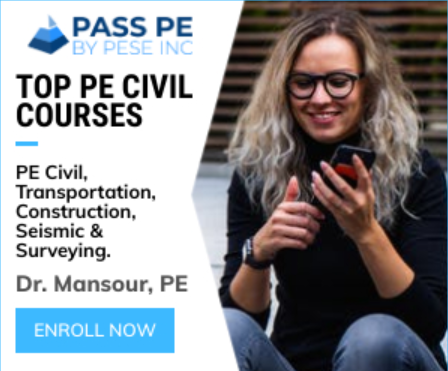 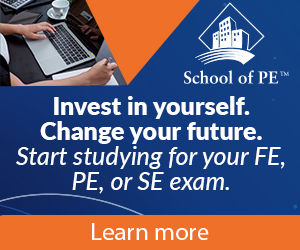