I recognize that the final trilogy of Star Wars films has been very polarizing for fans.

I personally enjoyed them all. I have been a fan since I saw the first one as a new release in third grade, 1977. I remember seeing The Empire Strikes Back as a junior high kid new and thinking "awesome!" but at the same time "WTF - no ending???".  I remember seeing Return of the Jedi as a teenager and thinking it was awesome, but kind of silly at the same time.  Later as an adult I also had to put aside my eye rolls at the Jar Jar moments etc in the prequels, but still enjoyed them bought them on DVD and later Blu ray, and the watched them over and over again with my friends and kids.

The finally trilogy has certainly had its flaws, but like the earlier films I have been able to ignore those for the most part, and just enjoy the new Star Wars stories. I have not felt particularly connected to Rey, Finn and Poe as characters, but I have enjoyed the stories.

This last movie, for me, was very entertaining and finished up the trilogy in a highly satisfying way. I teared up when Leia died, when Han Solo reappeared to Ben, and when Luke made his reappearance. And I literally could not leave the theater after the end when Rey visited Luke's home on Tattooine and buried his and Leia's lightsabers.  Even my 16 year old son had tears at that moment. For me, that moment was the closure of something I had been a part of for over 42 years of my life now. Almost my entire life. It was an extraordinarily reverent moment for me.Like having a huge part of my childhood finally laid to rest.

I'm interested in hearing other opinions of the final movie, and thoughts on the overall story now that it has been closed out.

Interesting to read your thoughts on the movie.

I saw it last night, and wasn't a fan from the get-go. One of my major problems from the very start of the movie was how it was edited. The scenes were, to me, super jumpy, and most conversations seemed to be only a few interchanges before the movie jumped to the next scene, that was often in a completely different place or seemingly different time. Now, I understand they were trying to cover a lot of material in this movie, but this made for a lack of development in characters and characters relationships, at least in a way that would have been satisfying over the course of the whole movie.

There were literally times in the movie where I (and others in the crowd) thought, um, seriously? Parts of it seemed like a joke! Like when the spy in the First Order admitted who he was. And when Ben's hand appeared over the ledge he's been sent off of. And when Ben kissed Rey (so cliche). And Leia was a Jedi?! Wtf?

To me, it seemed like they pushed most of the important, and intriguing, plot stuff to the end, and overall, I feel that the movie was too overly complicated. They tried to cover too much, and in turn, I think it was a pretty shallow movie with good light saber fights but not a great plot. I think they could have simplified the plot (when did Leah have the time to go off and train as a Jedi?!? Clearly, I can't get over this) and then pursued a better explained, more thought out in action story.

Maybe I need to watch it again. But walking out of it last night, I was not satisfied. I understand fully that with something this big, you can't please everyone. But I am left sort of scratching my head about that movie.

But hey, it was cool to see the sort of Avengers EndGame scene when all the people showed up at the end with Lando!

I think overall I was fine with the way it ended - sure a few Hokey moments - but I thought it was 100X better than any avengers movie..

I believe in the last one they talked about how Luke and Lea trained after ROTJ- but eventually she was better as a leader than the fighter.

All in all I think it was a good ending but it also felt like the ending was a little like ROTJ.

My kids and I disagree on the killing of Kyle but this is what I think I saw:

Rey killed Kylo/ Lea assumes control of his body to help her/ then when he died that was really Lea dying?

^Whoa, that did not occur to me at all. I just figured Hollywood Magic, he force-d himself from falling all the way down the chasm, made it back with just enough strength to finish the fight and transfer the last of his life energy to save Rey (remember how she said she used up some of her life energy to heal the snake?  Stupid move but explained Kylo dying).  Rey kissing Kylo on the lips but actually Leah ... nah I can't buy into that.

@leggo PE I guess I felt like I sort of understood everything up to that point in the series, and didn't feel like there was all that much explaining left to do. Maybe that's just me and living Star Wars my whole life. Or maybe I just don't watch the movies with as critical an eye as you do.

I do feel like there was plenty of time for Leah to train as a Jedi. Think about it: last we saw her she was in the prime of her youth, wearing a slave girl bikini costume. Then we see her 30 years later and she's old (and dead  ). Clearly George Lucas lost his chance to have the original actors fill in that 30 years of crucially missing history. That sucks and maybe the best move would have been to pick up the next trilogy with younger, replacement actors, and a story set in the more immediate future. But they didn't, and I guess I am fine with assuming that a lot of shit happened in the intervening 30+ years, as a way of explaining stuff.

But I'm with @Road Guy, I enjoyed this 100x more than any Avengers movie.

And it looked like they totally leave Fin and Poe hanging (as it seems like they were in the Han &amp; Luke Situation before Lea revealed that she was Luke's Sister

I would have liked a few seconds of back story on how the emperor was "saved" - maybe he was a clone?

Just finished watching it.  Didn’t they say something about cloning when Poe said the emperor was back?

I'm going to have to catch it again to see what she said, I do recall the word cloning being said, but I also recall Vadar throws the emperor downn the non osha compliant shaft, and then I guess in the same time that it took Luke to drag a 6'5" man robot to the shuttle I guess someone could have plucked paplatines body and done the same?

I still think Rogue one is the best one they made.

I also remember talk in the prequals about Sith being powerful enough to cheat death.  Maybe he was able to save himself with the force somehow but only had enough energy to save a chunk.  When he stole Rey/Ben's energy he was able to finish.

That shaft was more than just non-OSHA, it was nuclear/electromagnetic! Maybe a Sith can make themselves into electromagnetic energy? They shoot lightning out of their hands. So in that case, Darth Vader was actually saving the Emperor's life, not killing him, when he threw him down the shaft.

Just got back from seeing it.

Cried like a baby, especially at the end. And when Leia died.

I appreciated the head nod to Lando's missing daughter. I'm sure if the Jedi were still a thing, Finn would have been a youngling as a child. I'm really happy Poe grew up. It was nice to see the Ewoks again.

Those are my current thoughts.

I enjoyed it. I thought it was the best of the sequel trilogy. I didn't have any major complaints.

Did they actually say that Leia was a jedi? I must have missed that. She's been strong in the force in all the sequels, and I figured she was just training as a warrior. I guess she had a lightsaber, so ¯\_(ツ)_/¯

I don't know if they ever said she was a "jedi". I kind of got the same impression as you, that she just dabbled in it for a while.

Maybe her light saber was one of those over-enthusiastic Christmas gift kind of things from Luke. Like when you give your wife a PS4 and hope that she gets into gaming like you do.

From the very get go, like OG trilogy start, there's been talk of Leia of being Force sensitive.  Especially with the whole revelation that she was Luke's sister...would make sense that she has the same abilities as Luke.

In ROS, I took it to mean that she never pursued being a true Jedi until after ROTJ and then she started training with Luke before he decided to start his Darth Vader Memorial School for the Jedi.

If we want to get extra nerdy...

One of the last steps in your Jedi training is to go on a quest to find a crystal, then build your own lightsaber. This is why the Jedi lightsabers are all different colors, because they seek out and use natural crystals. As opposed to the sith who use synthetic crystals for their lightsabers, so they are all the same red. So the fact that Leia had her own lightsaber implies that she completed (or very nearly completed) the Jedi training.

All that being said, I don't know if this is canon because I'm pretty sure it's from the extended universe.

so I think my mom has saved everything from my childhood, she likes to mail me boxes of "junk" from time to time, for example last time she mailed me all my elementary school report cards?  I am a bad person and I admit I put those in the circular file..

But every now and then I get something in the mail thats not too shabby..... 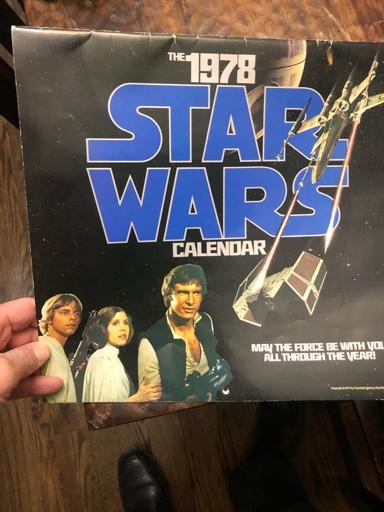 Agreed...I'd be sitting on a pretty decent pile of money if I'd have saved all my Star Wars toys rather than play with them.

on ebay they are going for around $25 bucks..

When we move cross country I tried to get some dough for my toys from my childhood, but it seemed that unless it was in the original case it wasn't worth a whole lot - so I kept the main figures and the AT-AT and gave like 3 large tubs of stuff to some young kids up the street, hopefully it at least got used - wished I had saved a few more but there wasnt room to bring much more.

B
Graduated in May 2020 and still no job 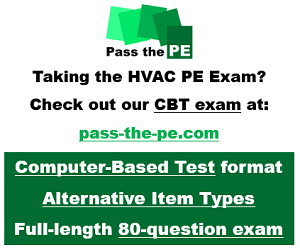 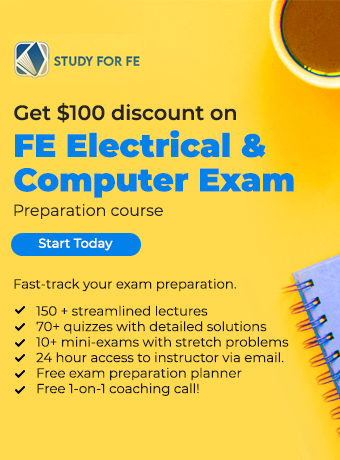